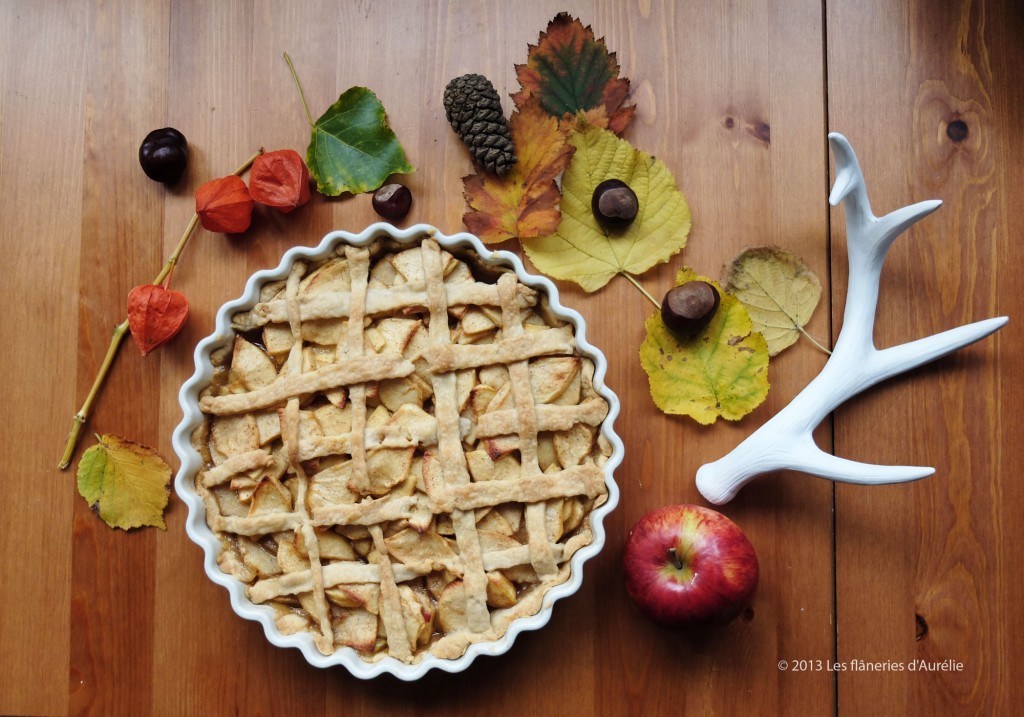 Indian summer is finally over, colder temperatures start to set in so what’s the best option to warm up ? Having a nice slice of a warm apple pie of course ! ? (what a poor excuse I know… :p)

Do you remember that in a previous post I went to the farmer’s market to pick apples to make an apple pie ? Here it is ! (I don’t think that it’s necessary to explain to you the benefits of having an Italian/American boyfriend that loves to cook !). 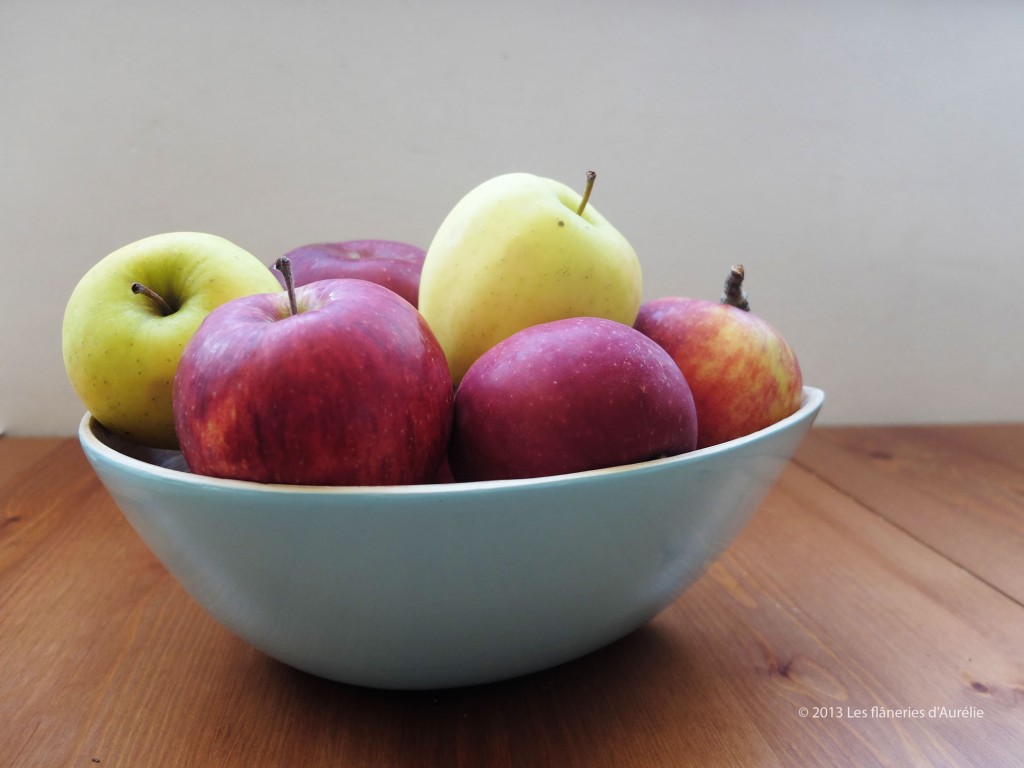 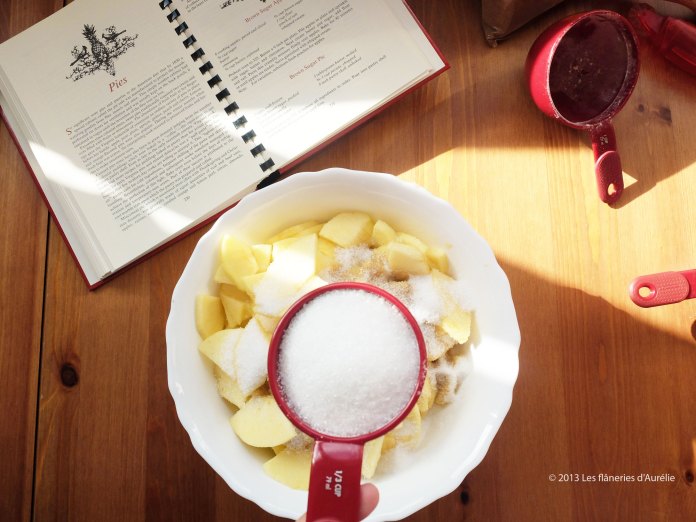 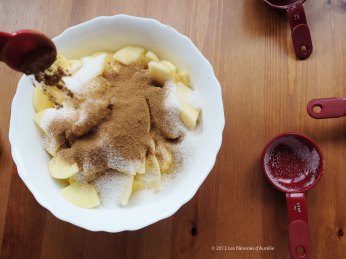 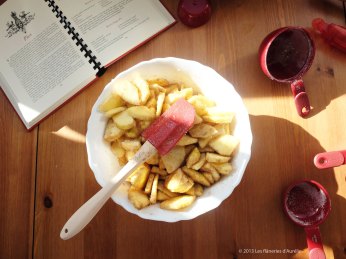 Preheat oven to 356. Butter a pie plate. Mix the flour, sugar, and salt in a large bowl. Add the butter and shortening; pulse until the mixture resembles coarse meal. Drizzle 4 tablespoons ice water over the mixture. Process just until moist clumps form, adding more ice water by teaspoonfuls if dough is dry. Gather the dough into a ball and flatten into disk. Wrap in plastic. Chill 1 hour.

In the meantime, peel apples and sprinkle with sugar, butter and cinnamon (I added a bit of lemon juice too).

Remove the refrigerated dough, divide in half. Roll out the first half of the dough on a lightly floured work surface into a 14-inch round. Transfer the dough to a 9-inch diameter glass pie dish. Fold the overhang under. Crimp the edges decoratively. Pierce the bottom of the crust all over with a fork. Freeze the crust for 15 minutes. (Can be made 1 day ahead. Keep frozen.) Next, place the bottom crust in the pie plate and fill it with the apple mixture. 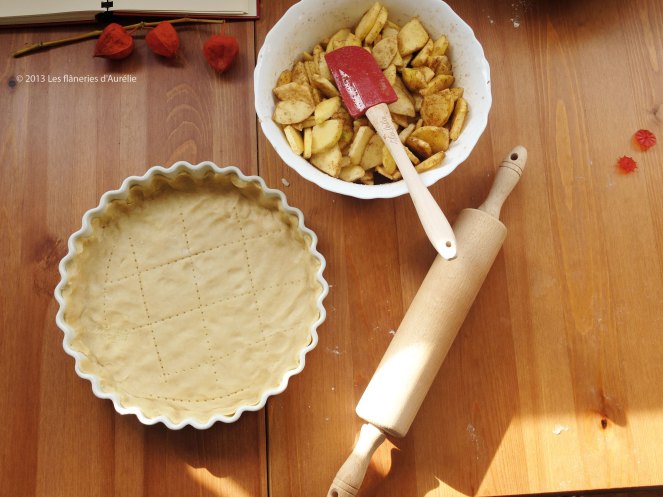 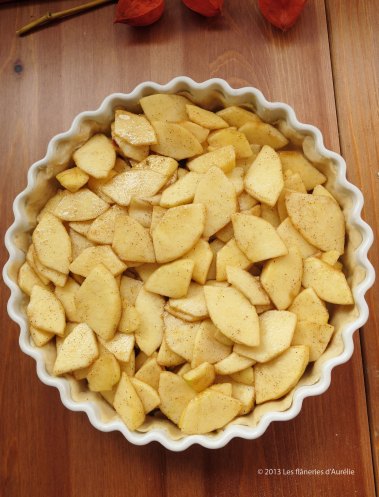 Cut the second half of dough into strips with a pastry wheel (or a pizza wheel if you have one). Lay out the strips of the pie dough on top of the filling to form a crisscross pattern. I’ll recommend you add egg wash on the strips to give extra shine to the dough (I should have done it because mine is a bit pale even though it looks even paler in the pictures). I didn’t have a lot of dough left so I wasn’t able to make a lot of strips, which explains why some of them broke during the cooking. I would recommend you then to increase a bit the quantities (or if you buy the crust it’s even easier !)

Put small pieces of butter over the crust. 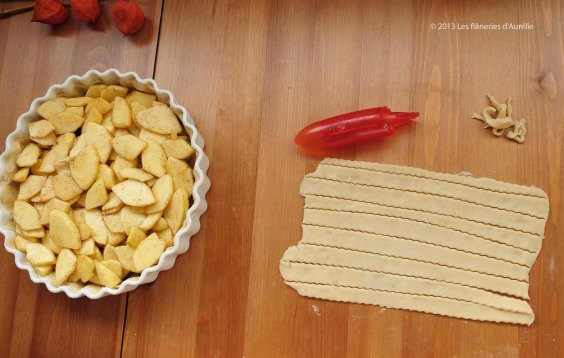 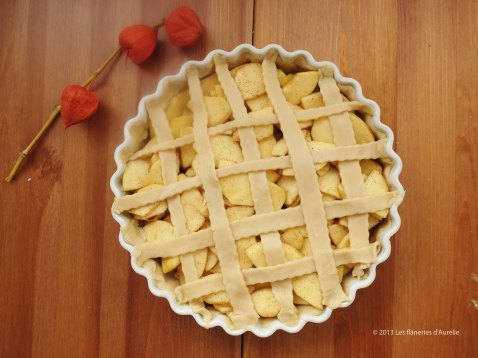 Bake at 356F for 45 minutes. Can be served garnished with whipped cream or with some vanilla ice cream or even better with both if you think it’s not heavy enough (yes fat helps to get warm). 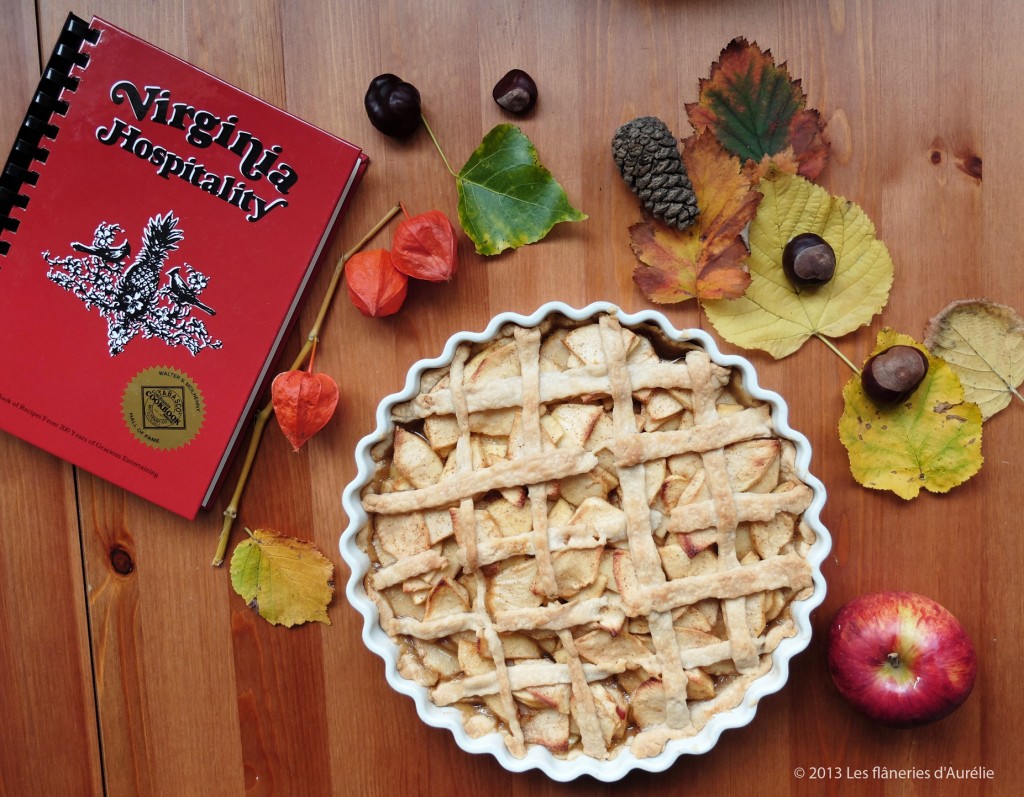 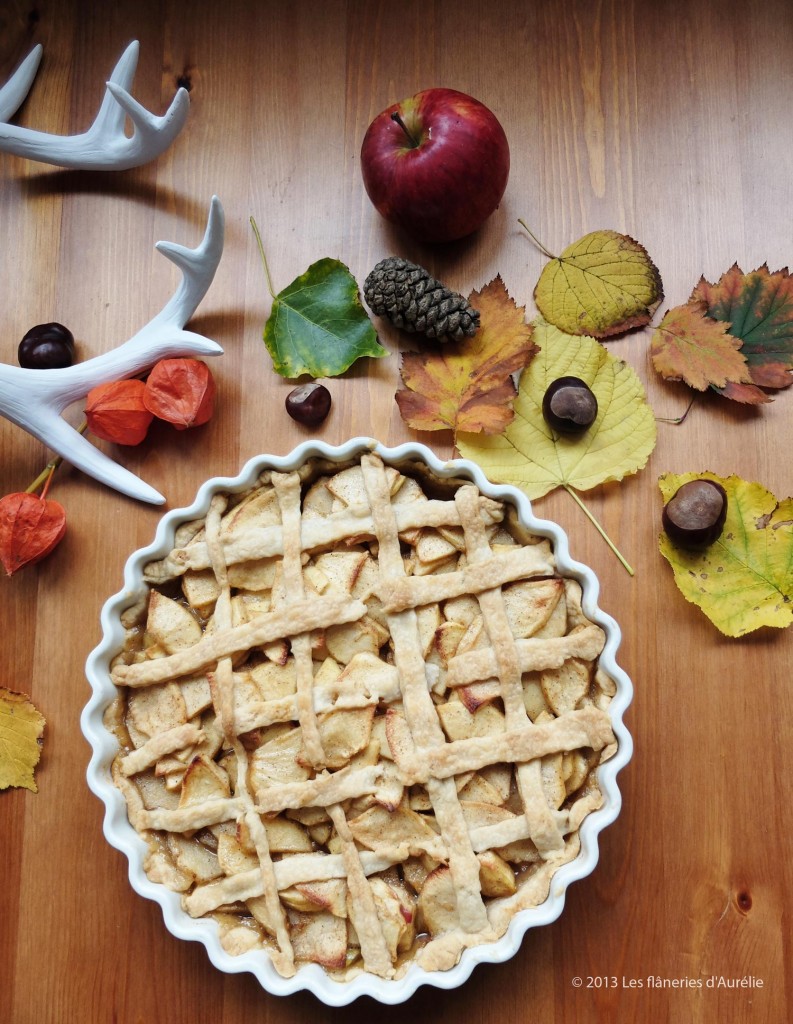 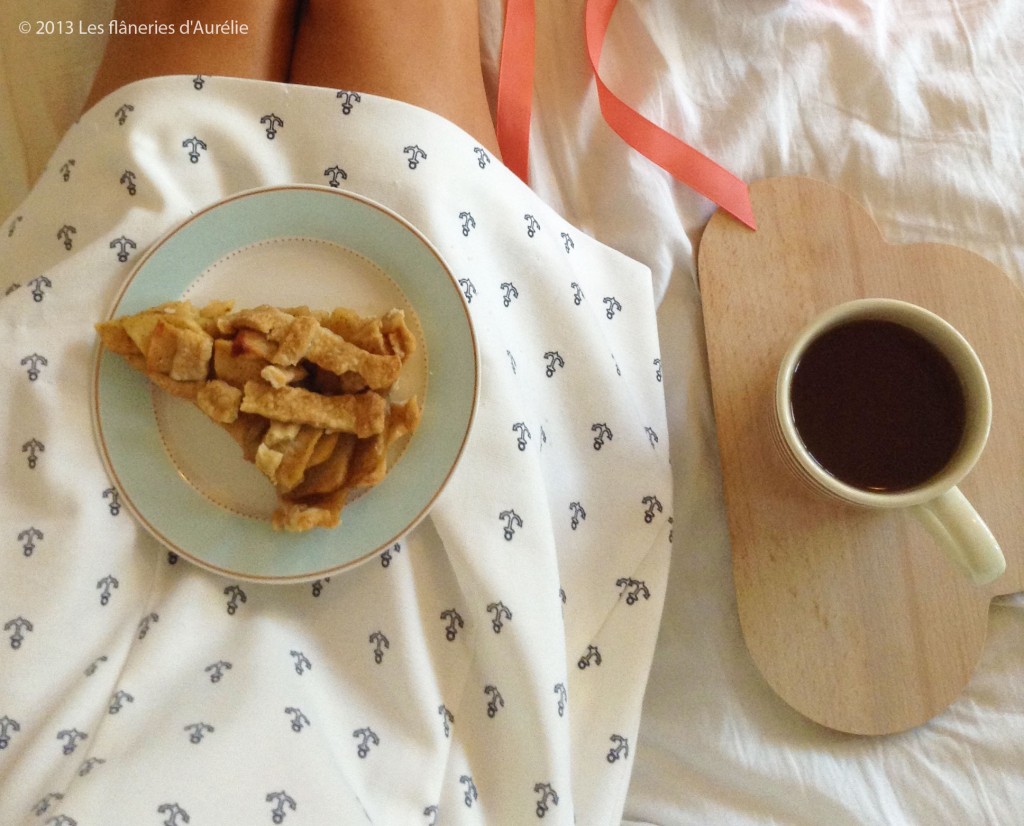 Now you just have to enjoy it : bon appétit ! 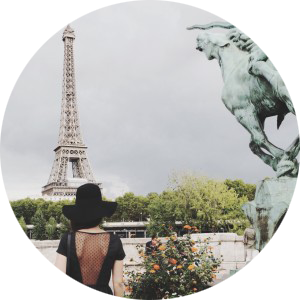